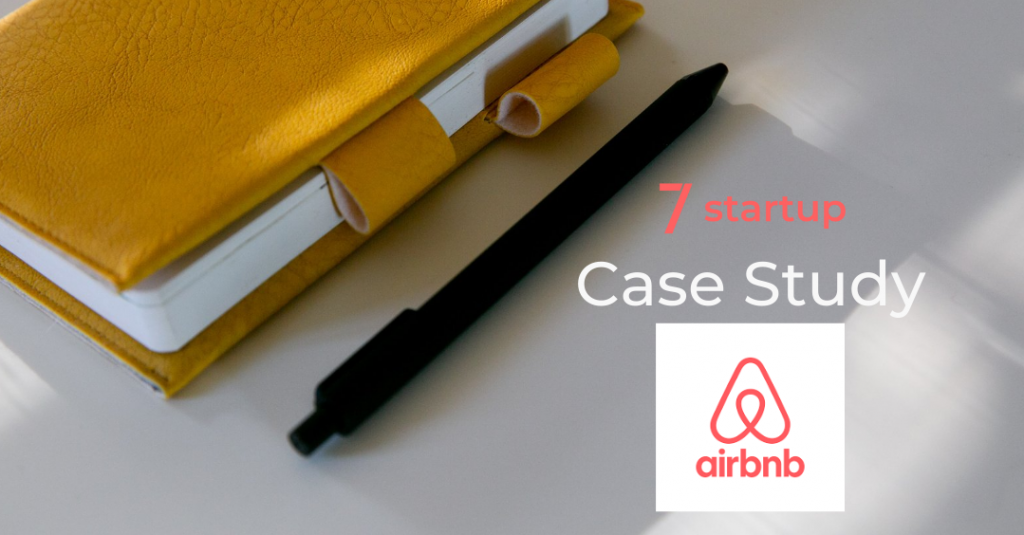 Airbnb startup founders Brian Chesky and Joe Gebbia are some of the most famous founders. But startup founders often doubt the success of their business at the initial stages. Let this successful startup, who both used their resources well and overcame self doubt as startup founders, inspire you on your own journey.

‍Looking to make some extra cash on the side, roommates Brian Chesky and Joe Gebbia saw a shortage of hotel rooms and accommodations in San Francisco, around the time when the upcoming Industrial Designers’ Conference was upcoming in 2007. Seeing this as an opportunity and as a way to pay their rent in a few weeks, the pair rented their apartment to designers looking to stay in the area during the conference. This led to them building a simple website, airbedandbreakfast.com, where they offered airbeds and homemade breakfast for $80 a night.

Soon after the launch of the website, three people showed up on their doorstep- this solidified their vague idea. They invited their former roommate, Nathan Blecharczyk, where they collectively developed a business model.

However, they quickly doubted their initial idea of providing bed and breakfast services and instead played around with the idea of changing their business plan to a roommate matching service. Realizing that this already existed as roommates.com, they had to direct their attention back to Airbed and Breakfast.

How did Airbnb launch their venture as a startup?

‍ The bed and breakfast service founders made various attempts to launch their venture in 2008. They did this primarily in conferences and conventions, where they were able to receive media attention, but user traction did not follow. They realized soon that they were in dire need of funding.

Airbnb knew they needed funding to become successful. Find out how your startup can get funding like Airbnb.

‍The group of founders realised quickly that the “bed” part of their service was less favoured. With the elections underway, they decided to create presidential-themed breakfast cereals; some of these included Obama-O’s and The Breakfast of Change. They handcrafted these boxes and sold each limited piece for $40.

This turned things around. This brought about national media coverage, and selling these cereal boxes almost pulled the company out of debt. Towards the end of 2008, Y Combinator founder Paul Graham was not convinced that the Airbnb startup business model would not work, but was impressed by the spirit and passion that was seen through their work, and so, they were included in the Y Combinator program.

With the nearing of the recession, it was highly likely that no investors would show up on demo day. In order to combat this, each company in the program, including Airbnb, had the goal to be ramen-profitable by the end of the program. With a $20,000 seed funding and a better sense of direction, the startup founders travelled to New York to find their target demographic, their community. By the end of the Y Combinator program, Airbnb developed strong relationships with their customers. This then led to more exposure within their target audience, as well as investors. The company was able to secure $600,000 funding from Sequoia Capital. Clearly, from this point, Airbnb was good to go.

So, what did the Airbnb startup founders do right?

‍As a startup founder, we want to solve a problem that exists within our community. That is exactly what Airbnb did. With the availability of their resources and the opportunity that was seized, the startup ensured they turned themselves into yet another successful unicorn company. Here are a few things that other startups can learn from Airbnb as a successful startup.

Find the solution to a problem in the right time

The shortage of hotels and accommodations sparked the idea for the one-time venture, which turned into the successful firm that we see it as now. The company made its first sales because it identified the problem within its community, and offered a feasible solution.

Before you move onto anything else, you need to ensure that you have the right solution to the problem at hand. Moreover, your solution should present itself at the right time in order for your startup to bear a sense of purpose.

Look for funding wherever you go

Airbnb got creative with their cereal box idea in order to attract funding sources. They sold over 500 boxes which got them over $30,000, but still survived on their unsold Captain McCain boxes. Even after joining the Y Combinator program, Airbnb were rejected by several investors due to their “far-fetched” business model, as most could not believe that these young individuals could develop their business plan any further without any tech partners. Eventually, however, they were able to run a successful seed round in 2009 from Y Combinator and Sequoia Capital.

The founders had to be creative in their pursuits of fundraising. They relied on their small savings to strong hustle and get by. Don’t expect to receive funding just because you think you have a million-dollar idea. You will need to practice patience and learn to support yourself while you work towards getting funding from the right investors for your startup rounds.

Focus on delivering the best experience

Airbnb focused on satisfying customer demand to gain a better understanding of their customers. This therefore help them serve customers in the best way they could. Airbnb quickly realized that their customers wanted to see return on investments, in this case, what they are paying for. As a result, the company focused on small details that would benefit both homeowners and renters.

Focus on crucial features and details in your most viable product (MVP) such as a user-friendly interface, which will eventually pay you in the long run.

As a startup founder, there is lots to learn from successful startups like Airbnb. Don’t doubt yourself and give up on an idea that could bring you millions – put these points to practice in your own startup, and see it flourish and scaleup!