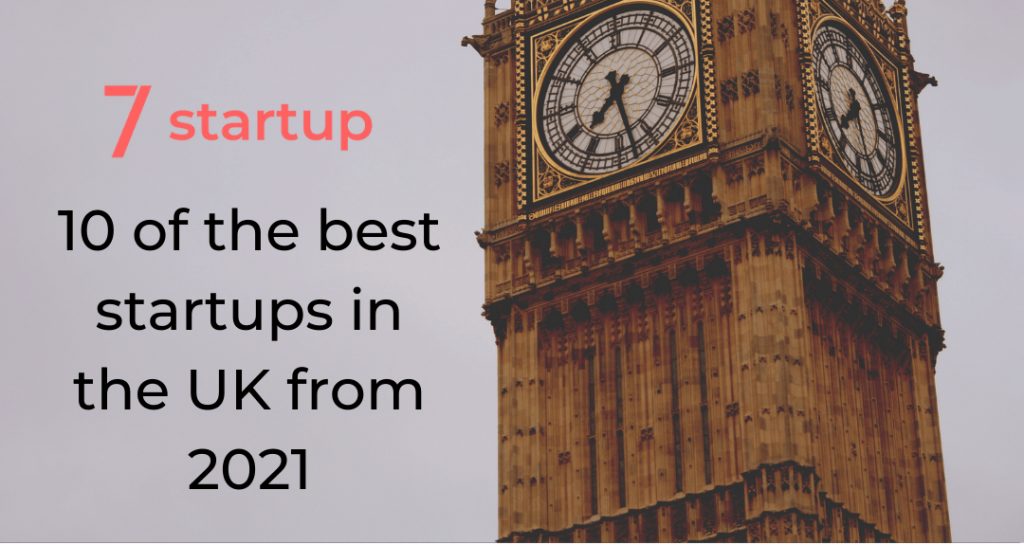 As we move towards the final stretch of the year, we decided to highlight ten of the best UK startups that have enjoyed many successes so far in 2021. These are promising startups that come from a wide range of industries, from fintech startups to health and wellness. They also represent companies of different ages, from well-established to new business startups, and are worth bearing in mind when looking for UK startups to invest in. 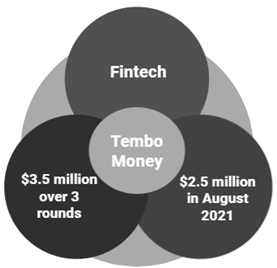 Based in London, Tembo Money has set out to change how people get mortgages by utilising the power of family and generational lending. 2020 and 2021 have both been adequate years to apply for mortgages as rates have remained competitive in the wake of the Coronavirus pandemic (via Fool). And whilst mortgage rates have been low, Tembo Money’s investment funds have been high. Over three rounds, the fintech company has received a grand total of $3.5 million, with the latest investment being $2.5 million in the Seed round in August 2021 (via Crunchbase).

On the recent investment round in August, CEO and co-founder of Tembo Money Richard Dana noted that:

“The average first-time buyer is confronted by a number of significant obstacles on their route to homeownership, and for many these were thought of as insurmountable.” (via UKTech News)

After highlighting generational wealth gaps and the effects this has on house ownership, Tembo Money has identified a long-standing problem and worked to find a long-term solution. This means their business idea is more likely to pass the test of time. By creating an answer to long-standing problems, you not only increase the longevity of your business but also increase investment prospects from funding investors. 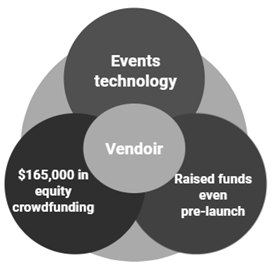 The second events technology startup on our list, Vendoir will provide an easy and direct way to book vendors for events. The platform has not yet launched, though it is set to at some point this year and has already raised over $163,0000 in an equity crowdfunding round in March 2021. This funding was secured using equity funding platform Crowdcube.

The Moral of the Startup Story‍

Don’t wait until your service has already launched to seek funding from investors. Even pre-seed funding, like that which has helped Vendoir, can help grow your business. Further to this, taking advantage of modern methods of seeking investment funding, such as Crowdcube, streamlines the funding process and encourages you to rely less on more traditional methods. 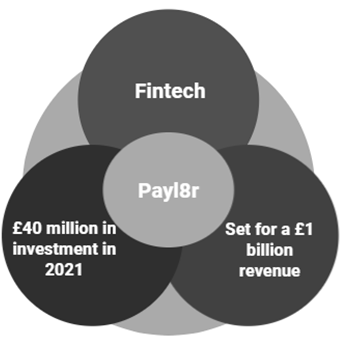 Payl8r, the UK’s answer to Swedish Klarna, is a ‘buy-now-pay-later’ credit card alternative targeting millennials. This year the startup finished its 18-month due diligence process and has since received a huge financial investment of £40 million. It is now set to enjoy a revenue of £1 billion in the next few years thanks to this large investment sum.

The Moral of the Startup Story‍

Payl8r’s success demonstrates the important of performing due diligence and how carrying out proper and thorough research can really help your business flourish. If you need help performing your due diligence, contact one of our experts at 7startup for personalised due diligence guidance. 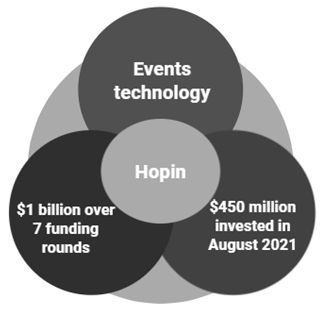 2021 has seen UK startup and Zoom rival Hopin rapidly grow to take the number one spot of the fastest growing European startups with an estimated value of $7.75 billion (via UKTech News). The now-unicorn successfully capitalised on the COVID pandemic and new work-from-home culture by creating a platform to help previously in-person events go virtual.

Despite only being created in 2019, Hopin has raised a grand total of $1 billion over seven funding rounds, with a Series D round raising them a whopping $450 million in August this year (via Crunchbase). The event technology company now has 30 funding investors in total and has acquired 6 organisations.

Hopin is a superb example of a startup that found a prevalent and current problem, such as the new work-from-home culture instigated by the ongoing pandemic, and created a solution. Just like Payl8r, they also show that successful businesses do not need to stem from a wildly creative and original idea – Hopin had plenty of rivals in the likes of Zoom, Skype, and Microsoft Teams – but by providing a new angle or targeting a different market businesses can be successful even in the most congested of industries. 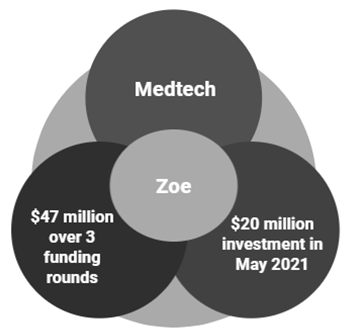 Founded in 2017 but remaining low-key for three years, nutrition startup Zoe seized its opportunity to prosper in March 2020 when the UK entered lockdown and the startup company launched a government-supported study to locate COVID hotspots using data from 4.5 million people. Zoe’s latest investment funding was in May 2021 when the company received  $20 million from a Series B round of funding, pushing their grand total of investments up to $47 million over three funding rounds (via Crunchbase).

Startup founders can learn from Zoe that even innovative and fantastic business ideas may need some time to come into their own. Whilst rapid success stories like Hopin are more appealing, most new business startups will take longer to reach those heights. Startup founders should also be on the lookout for perfect opportunities to seize to push their business to scaleup, such as the founders of Zoe did in 2020. 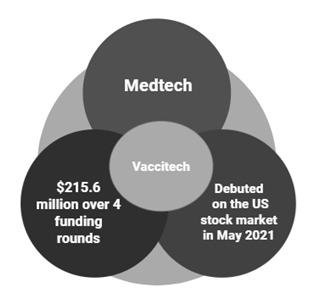 Stemming from the University of Oxford’s Jenner institute, Vaccitech aims to create new ways to develop vaccines and immunotherapeutic products for the treatment and prevention of infectious diseases and cancer. A highly prevalent startup idea, Vaccitech was pushed into the spotlight as the owner of the technology behind the AstraZeneca COVID-19 vaccine. After four funding rounds, the startup raised a total of $215.6 million in investments, with their latest being a Series B round (via Crunchbase). In April 2021, Vaccitech made its debut on the US stock market where their shares were initially trading at $13.62 on the Nasdaq (via Financial Times).

Going public can greatly benefit your startup company in many ways. One main reason is that of publicity, since being placed on the stock market can widen the audience your business reaches. Learning to take advantage of timing is critical for new businesses and this was also true for Vaccitech at the time it went public. As Vaccitech’s chief executive Bill Enright said: “take money when it’s available” (via Financial Times). Enright also stressed to the Financial Times that the company had chosen that moment to go public since the global pandemic had made their work visible. 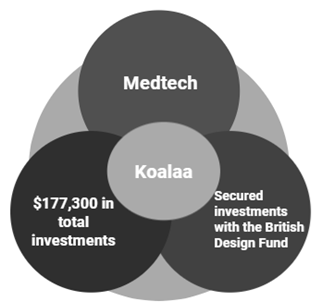 Koalaa is a soft prosthetics company that specialises in comfortable prosthetic limbs for babies, children, and adults. Over two rounds, one seed and one angel, Koalaa has raised a total of $177,300, with the latest being in May this year (via Crunchbase). A large proportion of this investment funding came from the British Design Fund. The company intends to use these funds to increase their manufacturing capabilities and to build an office from where virtual consultations can be held. Additionally, Nate Macabuag, founder of Koalaa, was recently named in Forbes’ 30 under 30 listing for social impact (via UKTech News).

Whilst most startups may seek investment from traditional VCs, Angels, and Family Offices, Koalaa instead secured funding from the British Design Fund. The BDF supports well-designed enterprises in the UK and also provides mentoring to small businesses. Seeking investment from industry-specific investment funding sources is a perfect way for new businesses to scale up with industry experts on hand for guidance, yet remains an option many businesses forget to explore. 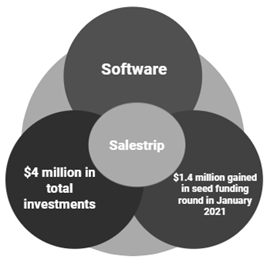 Salestrip, founded in 2017 and calling London its home, aims to streamline the process of claiming expenses and monitoring spending for businesses. The platform can also help companies book business trips for their employees. In January 2021, Salestrip gained $1.4 million in a Seed Funding round, reaching a grand total of $4 million in investments (via Crunchbase). The startup has had a total of three funding rounds.

Salestrip hit the multi-million mark with investments after their first funding round back in 2019 gave them $2 million. This successful software-as-a-service (SaaS) therefore shows that a startup company does not need many funding rounds to gain plentiful and meaningful investment. 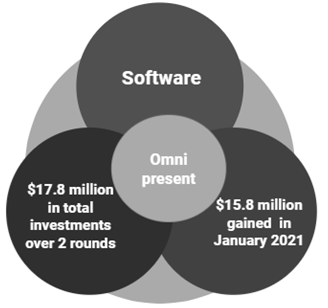 Omnipresent makes the process of hiring and managing remote employees easier and swifter. This means that there are no limits for businesses looking for talent to help their startup grow and that they needn’t be put off by their location. As remote working is looking to become more likely long-term, there has been plenty of investment interest in Omnipresent. With a total of ten investors and two funding rounds, Omnipresent has secured $17.8 million in investments. Their most recent funding round took place in January 2021 where they received $15.8 million in a Series A round (via Crunchbase).

Sometimes the best business is looking out for other businesses. Omnipresent created a business idea that they can not only implement in the running of their own company, but also profit off of other companies doing the same. 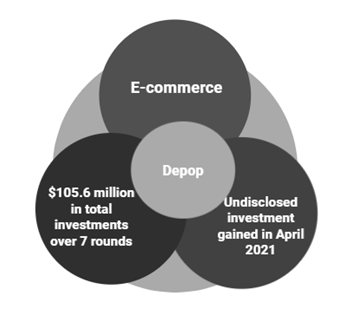 Depop was founded in 2011 and has been providing a platform for peer-to-peer e-commerce ever since. One of the UK’s most famous startups, Depop has been going from strength to strength and is still enjoying financial success in 2021. In April 2021, the startup company received an undisclosed amount of money from an investor in a non-equity assistance transaction. The grand total of investments made into Depop since 2011 has reached $105.6 million over seven funding rounds (via Crunchbase). 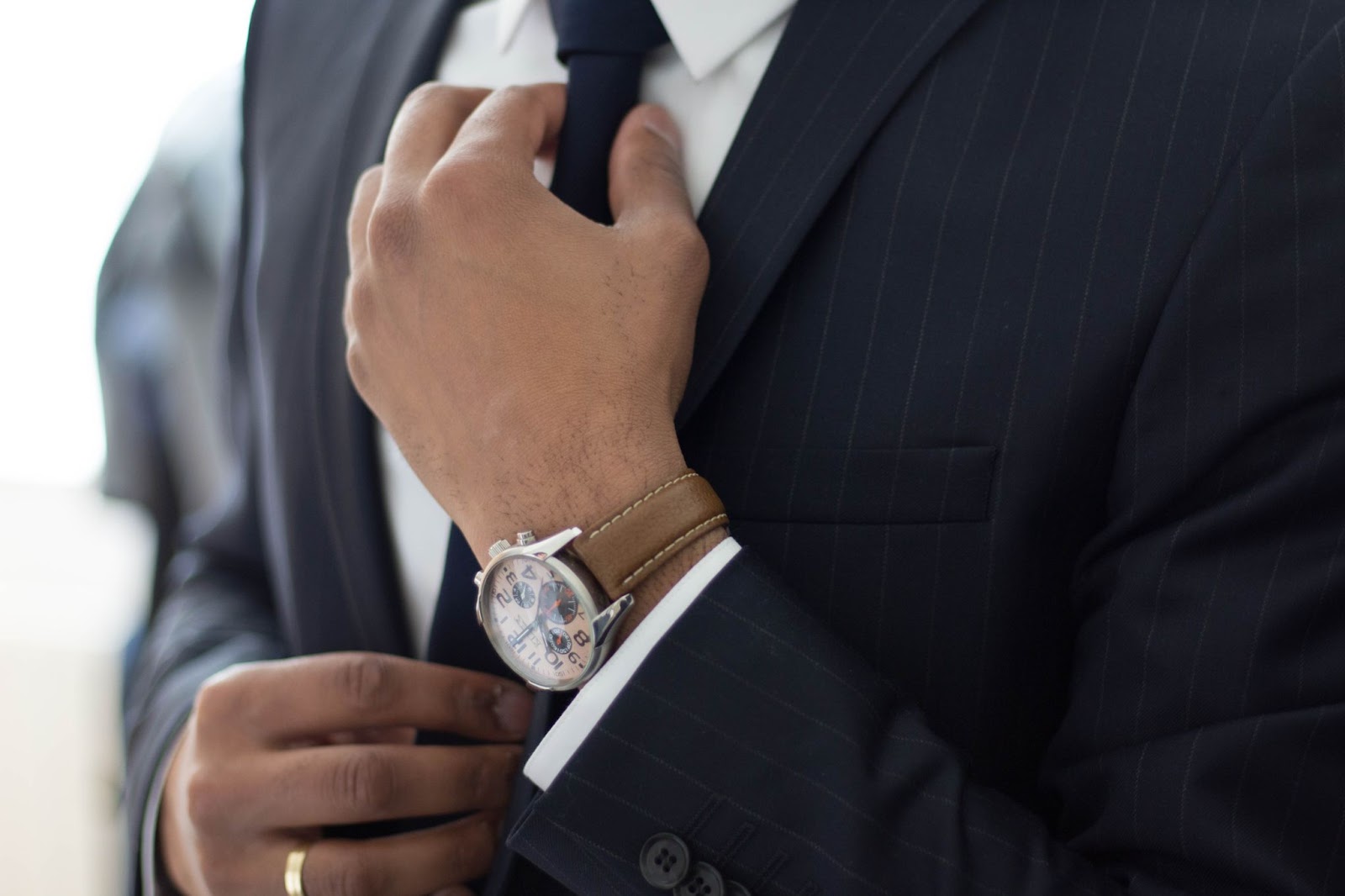 Depop is a great example of a UK startup that never stops growing. Although it was founded a decade ago, the platform is still making waves in 2021 thanks to its innovative and practical business idea. Other startup company founders can learn from Depop that the sky really is the limit and to keep expanding the horizons in terms of your business’s growth.

There are many lessons UK startups can learn from those listed here, such as when and from where new companies should seek funding and the thought processes behind coming up with business ideas. Remember, though, that there is not a one-size-fits-all approach to growing and managing a business, and that trusting your gut instinct and asking experts for help is the safest way forward.

If you found this to be an interesting read, check out our post – Why invest in the UK?