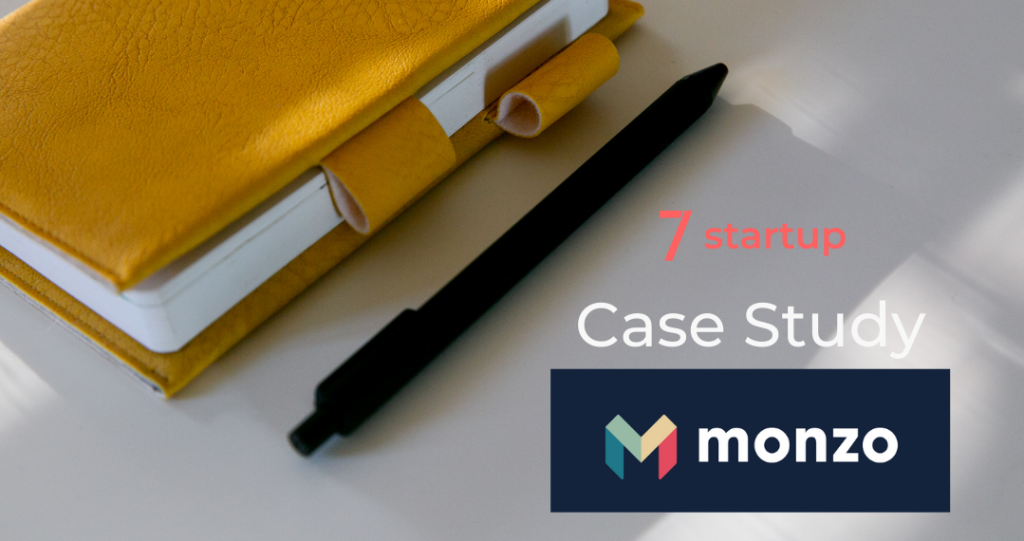 Monzo are proof that the startup world is continually changing. The world’s brightest minds are constantly developing cutting-edge technology which significantly impacts daily customer functions. You can check Monzo out here.

However, history has shown us many businesses that introducing technology into a market that isn’t ready is a bad idea. It will likely result in failure, despite the same technology becoming a mainstay years later.

The timing of your product’s launch into the market is critical to its success. Digital bank Monzo is a perfect example of this.

‍Monzo is a digital banking app that allows users to track their purchases and spending habits. It offers a variety of accounts to its users, including personal, business, and joint accounts.

In terms of basic functionality, banking with Monzo is similar to banking with any of the major banks. With them you can set up direct debits, send and receive money, and withdraw money using their mastercard.

What Monzo offers that other banks’ digital platforms did not at the time of launch is the ability to regulate your spending habits. Monzo provides a breakdown of your spending habits with a user experience that has been majorly well-received by its users. Their interface makes it simple to evaluate your finances and discover areas where you may be overspending, whether you’re a student or a small company owner.

Monzo also offers tremendous perks to its customers when they spend money abroad. When using Monzo, a cardholder incurs no additional fees when spending overseas. They can also withdraw £200 for free before incurring a 3% fee.

Another unique feature they offer is a personal loan scheme that allows individuals to borrow up to £15,000. For this they also provide you a personalised quote so you can see how much the loan will cost you in monthly instalments.

‍In 2019, Monzo became one of just 16 UK firms to be named a ‘unicorn startup,’ (a company valued at more than £1 billion). In just three years, they rose to unicorn status, with over 5 million members and 34 billion dollars in transactions by 2021. What’s astonishing is that Monzo has actually lost money year after year. The pandemic hit Monzo hard and resulted in a 115 million deficit.

‍Monzo, however, has great plans for the future, including the possibility of an IPO. They were able to obtain a UK bank licence, which is a challenging undertaking. They have also found different streams of revenue that they can tap into. You can do this via their ‘Plus’ and ‘Premium’ services which provide users with ‘full financial visibility’. Furthermore, they offer a range of insurances such as phone and travel.

‍Following the 2008 financial crisis it was clear that the digital age of banking had arrived. This was further emphasised by the increasing number of bank branch closures each year.

“Fifty years ago, almost 90% of all transactions took place inside a branch,” said Barclays CEO Matt Hammerstein, “but today, that number is less than 10%.”

‍With the digital banking revolution in full swing, there were a slew of startups offering digital banking services, meaning Monzo wasn’t actually the first. However, this was great for Monzo for a variety of reasons. For example, they didn’t have to develop a market for their product because one already existed. By 201647 percent of people using mobile banking globally by the time Monzo debuted its own app in 2016.

But the most essential reason this existing market worked well for Monzo was that it allowed them to find customer needs that they could refine their app to meet.

For example, customers were attracted to Monzo’s engaging app as it gives users a better insight of their spending at the touch of a button. At that time, no other app could provide this. Additionally, the quality of service provided by Monzo is still considered to be the best in the UK for digital banking. This provided them with a competitive advantage, a positive they took advantage of and reached over one million users by 2018.

‍So why was timing so important for Monzo? It’s likely that if Monzo was the first to hit the market with their app, there would have been two major changes in their trajectory. Firstly, they would not have had the extremely difficult task of transitioning an age-old banking sector into the digital era. Secondly, they would have allowed their app to become a benchmark upon which competitors could base their own products.

Make sure your timing of entry is right!

‍Timing the launch of your product can be the difference between success and failure for many entrepreneurs. Making sure you’re always up to date on economic and societal developments in order to choose the optimal point of entry for your startup. 7startup can assist you in determining whether your product is appropriate for the present market. We can do this by analysing previous financials. Furthermore, we will ensure that full market research on economic and social trends has been conducted before any measures are taken.

‍Amit has 18 years of experience in the industry and an MBA. He supports entrepreneurs with every aspect of their business including concept and product development, investor presentations, and fundraising.