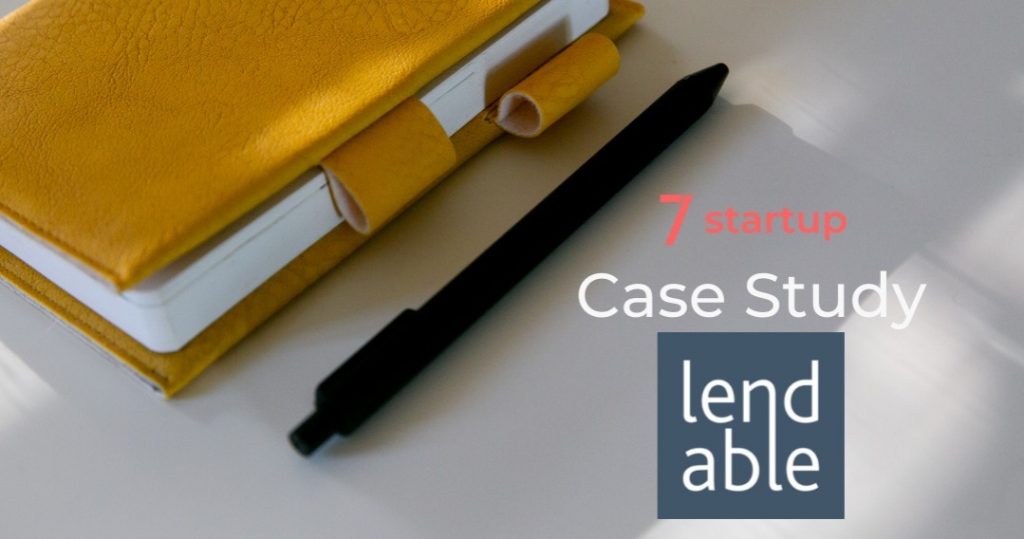 ‍Lendable (check them out here), is a dynamic startup that debuted in 2014. Lendable offers competitive, rapid loans. They analyse the loans using a soft credit search technique. This therefore ensures that individuals who request a loan quote do not have their credit score impacted. Customers have praised the platform, giving it a perfect score on services and response times, according to review engine Feefo.com. Lendable’s success is owed in part to giving those with less-than-perfect credit scores a loan.

This fintech, which is now supported by Goldman Sachs, has achieved unicorn status. This achievement has therefore allowed its early stage angel investors to receive a 250-fold return on their capital. As a result, new investors are eager to get in on the action, too.

‍According to sources, the valuation was an internal transaction in which the company’s backers increased their ownership and initial investors and staff cashed in an estimated £30 million in shares.

Lendable stealthily attained unicorn status in early 2021. According to Sifted’s investigation, unknown early investors and staff received about £30 million in shares in an internal transaction. Institutional investors have also boosted their position. Given that Lendable has only secured £4 million in private equity to date, its unicorn status is all the more astounding. Thanks to this, Lendable is already ahead of most of its European unicorn competitors, including Klarna and Revolut.

The valuation represented a “substantial upgrade” for Lendable, according to Goodbody analyst John Cronin. Lendable had a £500 million valuation when Balderton Capital led a secondary sale in 2018.

According to estimates, Lendable now issues a new loan every 30 seconds, using institutional capital to fund its services. There are also rumours that they are developing a new credit card product. This new feature acts as part of Lendable’s aspirations to break into the US market. Due to its rapidly rising sales, fast-track applications, and incredibly competitive rates, this fintech is now an industry leader.

Martin Kissinger, the company’s CEO and founder, founded the Berlin-based peer-to-peer lending firm Lendico for Rocket Internet. Kissinger took advantage of the vast volumes of data accessible in the UK at a pivotal moment in the customer loan industry. As a result, the service is more efficient and speedier than many of the larger peer-to-peer competitors, like Ratesetter and Zopa.

As the classic saying goes, ‘customer is king’. Lendable have made sure that they have treated their customer base like royalty. They are offered the best service and results in seconds. Customers can find out monthly repayments straight away. Furthermore, Lendable are completely transparent about any incurred costs. They also provide support 7 days a week for their customers.

In a market which has caused a lot of reputational issues before due to the nature of these types of lending business, having a strong reputation with customers is absolutely vital. The lending market often has bad connotations linked to it because of some of the other companies in the sector enticing people to take out loans and slapping them with horrible hidden fees, often forcing them into crippling debt.

Having such a good reputation creates a loyal customer base and also will help drive up the number of users as often the best marketing is through word of mouth, as potential customers are most likely to trust what people they know say about a business.

‍​​In March, Lendable signed a £100 million agreement with Waterfall Asset Management, which Kissinger described as a “milestone” for the company. This, according to Weeks, may be denote a strong endorsement of Lendable’s underwriting operation and making of solid loans.

Lendable can also cater to a little riskier market than near-competitors Zopa and Ratesetter because of these types of arrangements. While Zopa’s annual percentage rate (APR), or the rate that 51% of clients will be offered, ranges from 3% to 34.9 percent, Lendable’s rates begin at 5% and average 18 percent.

According to Victoria Van Lennep, co-founder of Lendable:

“They realise the risks that their investment entails since they are qualified investors. Our funding pool includes investors with a slightly larger risk tolerance.”

As a result, Lendable is able to provide loans to customers who previously only had access to payday loans with interest rates in the thousands. One-third of Lendable users utilise the programme to consolidate debt.

Lendable is attempting to accomplish for consumer lending what Transferwise did for currency exchange. They discovered a competitive advantage by providing a better customer experience than incumbents.

A culmination of these factors above have led to a meteoric rise in the last 18 months where Lendable has seen a growth rate of over 430% and it has big goals of becoming the best in application and transfer loans. And with the way they are currently going, it won’t be too long until they are able to achieve this.

Investment Readiness and Startup Accelerators/Incubators
September 15, 2022 5 Minute Read Time Are you starting your own business? Startup accelerators or incubators could be just what you need to get you investment ready. But which…

Startup Ideas
September 14, 2022 5 Minute Read Time Startup ideas may seem simple enough to come up with, but there are some ways to help ensure yours is a good one.…

Angel Investors
September 13, 2022 5 Minute Read Time What is Angel Investing? Angel investors prefer to get engaged at the “seed” or “angel” fundraising stage of a business. Meaning the angel…
Menu