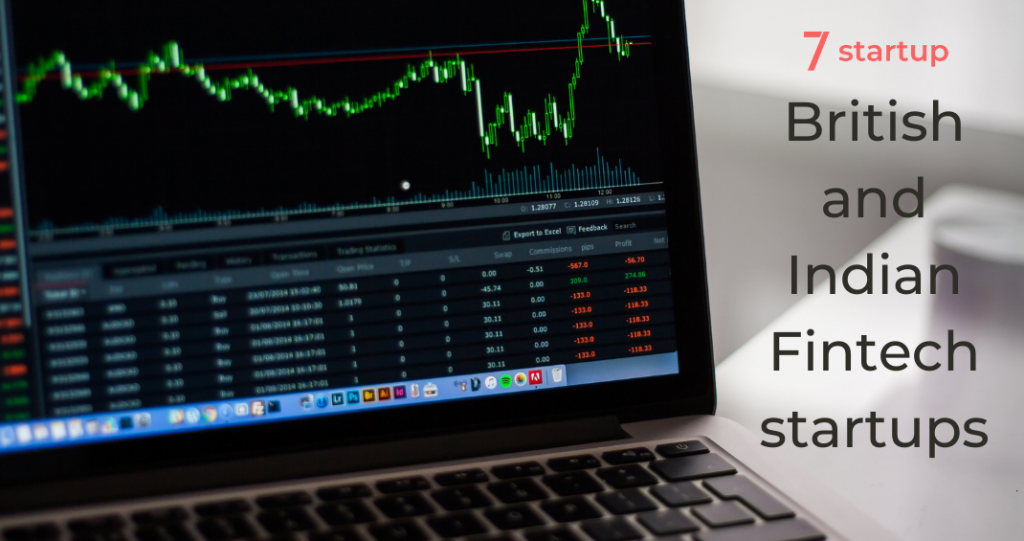 ‍Fintech Unicorns have emerged even as the world has changed with Covid-19 pushing countries to think in a different way about commerce, connectivity, and trade. To be a Fintech Unicorn, the role that a startup ecosystem has to play is now more important than ever. Fortunately for both the UK and India, a digital revolution powered by a growing startup and innovation culture where entrepreneurs are the stars continues to deliver successful tech companies.

India and the UK enjoy close ties and have formed a modern partnership. A British Council report highlights the opportunities for India and the UK from forging an even stronger relationship. Closer business, investment, educational and cultural ties will unlock the potential of this partnership. Since 2000, the UK has been one of the leading G20 investors in India with an investment of $29.56 billion. Since 2000, the number of UK businesses entering India has more than doubled. The reverse is also true: in particular, the UK has much to offer India in startup ventures, education, research, and the creative sector.

Amit Khanna, Founder of 7startup is a proponent of stronger ties between the UK and India.

“We’re bridging the gap for startups from both continents from fundraising and investment to research and scaling consulting.”

The UK remains the most desirable destination in Europe for Asian VC tech investors. Whilst Indian startups raised $71 billion in funding between 2014 and 2020. With VC investment in both UK and India flourishing, a large number of scaleups and unicorn companies are established in these markets.

Funding in the UK

The UK continues to be an attractive destination in Europe for Asian venture capital (VC) tech investors, with British tech companies attracting a record $2.8 billion worth of VC funding. For Indians, London has been the preferred destination for travel and education, but there’s an interesting shift underway amongst Indian tech entrepreneurs who are now eyeing London as a lucrative hub for setting up new businesses as well as for reaching out to a larger global consumer base.

In 2020, 63% of tech investment into the UK came from overseas, up from 50% in 2016 – the UK is more attractive to international investors than ever. Notwithstanding Brexit, the maximum amount of investment from Asia flowed into the UK more than to any other European country, compared to Germany ($0.5 billion) and France ($0.2 billion) trailing far behind.

Major funding rounds for London companies during 2020 set new records for investment with more than £11.7 billion of venture capital invested into 1,849 UK scaleups. In 2019, OakNorth the London-based FinTech business secured a mega-round of $440 million. The amount being invested in early-stage UK companies increased to $5.1 billion in 2019, this was up from $4 billion in 2018. At the top end of the spectrum, a total of $5.4 billion was invested in rounds exceeding $100 million in 2019, more than double the amount invested in such rounds during the same period last year.

In the past, investment flowing from India to the UK has largely been from major corporations such as the Tata-led conglomerate aiming to create 1,500 consultancy jobs in the UK. However, going forward we anticipate more investment by Indian VCs and Family Offices in Britain’s startup sector.

Why London is a launchpad for Indian tech startups

Several of India’s most successful startups are choosing London as the destination for overseas scaling, primarily due to the shared mutual strengths of innovation in technology. Indian ride sharing unicorn Ola recently announced its launch in London, and IT behemoth Infosys opened its design and innovation studio in London’s tech hub. London offers promising Indian entrepreneurs support like nowhere else, for example, UK-funded programs designed to fuel their ambitions.

Fintech in London for Indian entrepreneurs

London is dominating as the best place to start a high-growth startup worldwide, emerging as the natural home for Fintech attracting the best human resources from all over the world. For Indian entrepreneurs, they can streamline entry by seamlessly meeting regulators, discussing their scaleup with a global bank, or hiring top engineers in world-beating startup culture, all in a day’s work.

The UK government has announced a new visa scheme targeted at Fintech professionals to bridge emerging gaps as a result of Brexit due to restricted access to the EU’s significant skills base.

Trade with India in a modern world is as important as it always was. India is set to become the third-largest economy by the end of the decade. India is a leading hub for entrepreneurs, startups, and small businesses. This also includes being one of the leading hubs for Fintech Unicorns. It has around 100 unicorns, which makes it the third highest in a single country worth $240 billion, in sectors from logistics, e-commerce, education to food-delivery and Fintech. Recently India made the Global Innovation Index’s ‘Top 50’ list of most innovative economies for the first time. The startup ecosystem has a valuation of more than $130 billion, creating 390,000+ jobs.

India will continue to be a venture capital hotspot and attract partners to help propel it to the next level – and the UK is uniquely positioned to play that role. With the impact of the pandemic and the new normal paving the way for disruption in business models, there is significant demand in Blockchain, Fintech, AI through to health-tech. Innovation will continue to drive the UK-India partnership.

British companies do not see India or Asia as an expansion target until they’ve grown significantly in the home market and then penetrated the USA and EU. The UK-India Startup Launchpad was launched at the UK techXchange in September 2019 to help UK entrepreneurs with entry into the Indian market. The Launchpad enables startups, investors, incubators, and entrepreneurs of both countries to connect and provides them with resources to expand and become globalised startups.

In reality, it’s challenging for the UK-India Startup Launchpad to truly support the needs of scaleups. At 7startup we maintain strong relationships with startups, entrepreneurs, and VCs in the UK and increasingly in India. There are huge opportunities in challenger banking, insureTech, and payments and we can help Indian entrepreneurs establish themselves to expand in the UK and then the EU going forward. A variety of new Fintech Unicorns may arise.

London is constantly innovating, with its expertise in tech, legal, finance, and creative sectors, and progressive mindset. UK’s tech success is the result of this dynamic foresight and drive.

The UK-India bilateral partnership is worth £21.5 billion, up almost 10% on 2019, and the UK-India tech partnership lies at the heart of that success.  In 2021 the Free Trade Agreement is set to expand and is estimated to be worth £35-70 billion pounds. India’s most successful companies are choosing the UK as the place to scale their business. Such as Indian unicorn Oyo, which expanded to London and has grown across the UK and further afield rapidly.

The venture capital investment space has not been immune to the impacts of COVID-19 and with economic challenges expected to continue VC investors are assessing how consumer behaviour is changing. Particularly in Fintech, where the innovation of different products, services, and business models to grow and scale worldwide is prevalent. Looking ahead Fintech is expected to see additional VC investment in the strong and growing tech ecosystem – just the beginning of what the UK and India can achieve together. With the UK and India teaming up, we could see the introduction to more Fintech Unicorns in the future.

The crucial role technology has to play extends beyond the current pandemic. Particularly for those that have demonstrated robust and resilient business models through the crisis. As more UK-India collaborations emerge, we expect strong VC activity in 2021.

You may also like this blog: How to go from a Startup to Scaleup and perhaps a Unicorn