Right now, there are several varieties of blockchain technology, each of which serves a certain purpose and addresses a specific problem or group of problems. More importantly, many businesses are incorporating them into their operations in order to maximise the benefits.

The public blockchain is the first type of blockchain technology. This is where Bitcoin and other cryptocurrencies like it were born, and where they helped to popularise distributed ledger technology (DLT). The drawback of centralisation such as lack of security and transparency are eliminated because of blockchain being decentralised.

DLT distributes data throughout a peer-to-peer network rather than storing all the data in one location bolstering security. Because of its decentralised nature, it necessitates some method of data authentication. That approach is a consensus algorithm that allows blockchain participants to agree on the present state of the ledger. Two common consensus approaches are proof of work (PoW) and proof of stake (PoS).

What makes a blockchain platform so useful is that anyone can join and become a node, making public blockchain non-restrictive and permissionless. This user has access to current and historical records, as well as the ability to perform mining operations, which are sophisticated calculations required to verify transactions and add them to the ledger. On the network, it is not possible to alter any data on the network, and because the source code is usually open source, this means any node can verify the transactions, uncover errors, and offer fixes.

Mining and exchanging cryptocurrencies like Bitcoin is the most prevalent use case for public blockchains. It can, however, be used to create a permanent record with a traceable chain of custody, such as electronic notarization of affidavits and public property ownership records. This sort of blockchain is appropriate for organisations that value transparency and trust, such as non-governmental organisations and social assistance groups.

The network’s transparency is another benefit of public blockchains. Public blockchains are mostly secure as long as users adhere to strict security regulations and practises.

The network might be slow, and businesses can’t control who has access to it or how they use it. Hackers can unilaterally alter a public blockchain network if they gain 51 percent or more of its computer power, according to Godefroy.

Additionally, public blockchains do not scale effectively. As additional nodes join the network, it slows down.

Due to the high speed of a private blockchain, they are appropriate for situations when the blockchain must be cryptographically secure yet the controlling entity does not want the information to be viewed by the general public.

Permission levels, security, authorizations, and accessibility are all determined by the controlling organisation. Setting up your own private network, for example, means you can choose which nodes have access to view, contribute, or update data.

Third parties also can be blocked access into the network.

Private blockchains can be incredibly fast and execute transactions significantly faster than public blockchains due to their smaller size.

Because centralised nodes determine what is valid, it is also more difficult to fully build information trust.

A minimal number of nodes can also imply a lower level of security. The consensus mechanism can be jeopardised if a few nodes go rogue.
‍

Organisations who desire the best of both worlds will sometimes employ hybrid blockchain, a type of blockchain that includes characteristics of both private and public blockchain. It allows businesses to create a private, permission-based system alongside a public, permissionless system, letting them regulate who has access to certain data stored on the blockchain and what data is made public.

In a hybrid blockchain, transactions and records are typically not made public, but they can be validated when necessary, such as by granting access through a smart contract. Inside the network, confidential information is protected, but it is still accessible for verification. Even if a private entity owns the hybrid blockchain, it still does not have the power to modify transactions.

A user who joins a hybrid blockchain network has complete access to the network. Unless a node begins to engage in a transaction, their identity will not be shared with other users. Post-engagement, the other party will be informed of the identity of the member.

Real estate is one of the many potential uses for hybrid blockchain. Companies can utilise a hybrid blockchain to run systems securely while exposing certain information to the public, such as listings. Retailers may use hybrid blockchain to improve the efficiency in their operations, and highly regulated industries like financial services can profit from the use of hybrid blockchains as well. Governments might potentially use it to keep citizen data in a secure manner while sharing it with other organisations.

One of the major advantages of hybrid blockchain is that it operates within a closed environment, preventing outside hackers from launching a 51 percent attack on the network (meaning they have majority control). It also safeguards privacy while allowing third-party contact. Transactions are inexpensive and quick, and it scales better than a public blockchain network.

Because information can be hidden, this type of blockchain isn’t totally visible which can put some potential members off. Upgrading can be difficult, and users have no motivation to engage in or contribute to the network.

Consensus methods are regulated by preset nodes in a consortium blockchain. It has a validator node, which is responsible for ensuring that the process of initiating, receiving, and validating transactions runs smoothly. Transactions can be received or initiated by member nodes.

This sort of blockchain can be used for banking and payments. Different banks can join forces to establish a consortium, with the consortium determining which nodes will validate the transactions. It’s perfect for supply chains, especially in the food and pharmaceutical industries.

In comparison to a public blockchain network, a consortium blockchain is more secure, scalable, and efficient. It also has access controls, just like private and hybrid blockchains.

In comparison to public blockchain, consortium blockchain is less transparent. It can still be hacked if a member node is compromised, and the blockchain’s own rules can make the network unusable.

Startup Equity – There is no one size fit all solution
Startup equity dilution works when the same pie is divided among more people. A company’s founder begins by owning all of the shares that represent the company’s ownership. Other people… 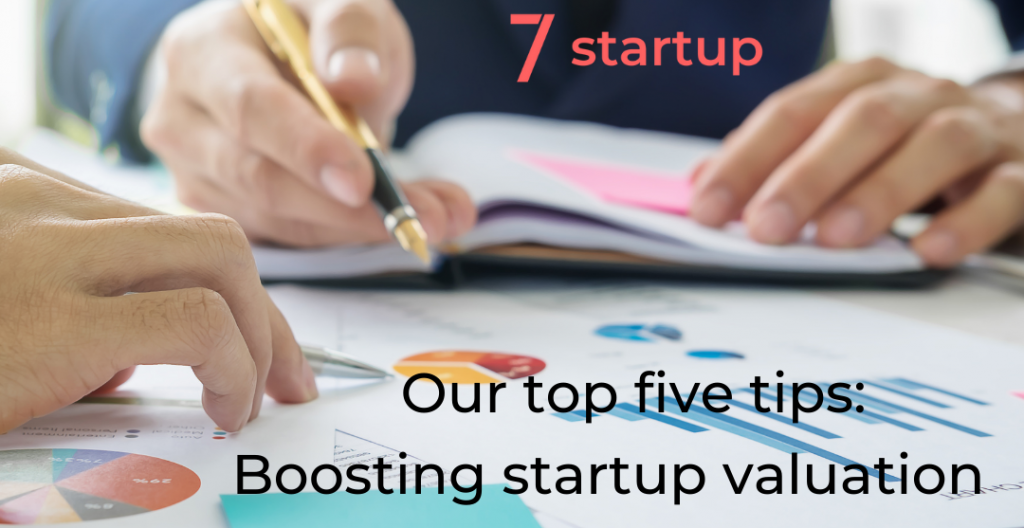 How to boost your startup’s valuation
‍As a startup, the early stages of your company will be highly frantic. Everything will seem to be moving at a hundred miles per hour. Because you were swamped with…
Menu